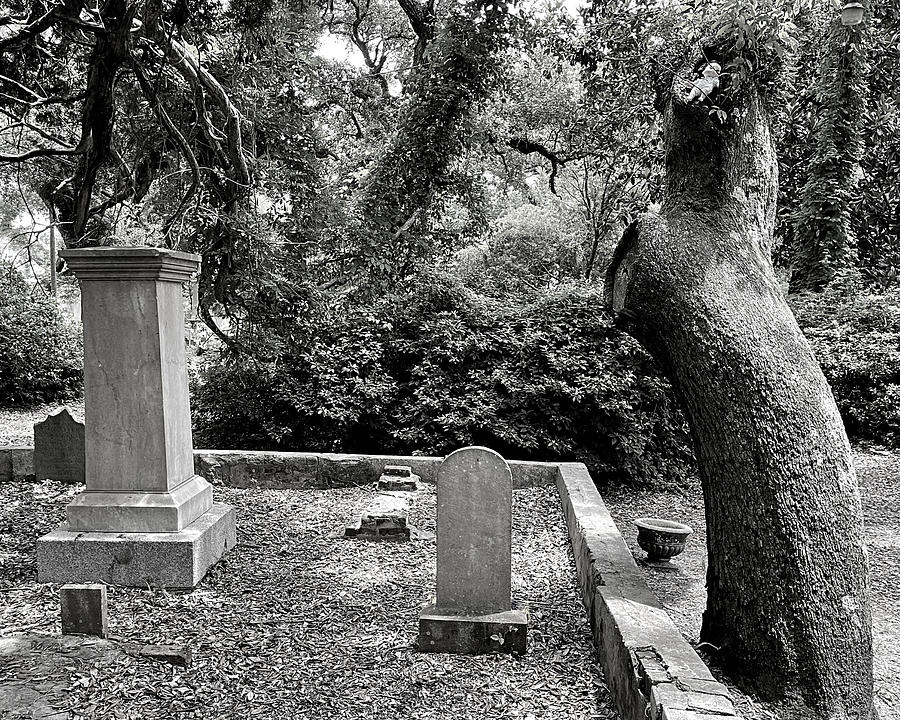 Search Until You Find It BW

Search Until You Find It BW

This is the Old Burying Ground in the coastal Town of Beaufort, North Carolina. It was established in 1724 although we are quite certain there are many bodies in unmarked graves there from long before that year. Among the residents buried here are a British Soldier buried in uniform standing straight up, as if saluting, facing east respectfully toward his King, a young girl buried in a rum barrell, (full at the time) in which she was preserved when she died in transit overseas, and even more individuals with stories of which films simply must be made (and my pen is writing feverishly). Now, about this photo, have you seen yet why I took this particular photo? Hmmm... odd.