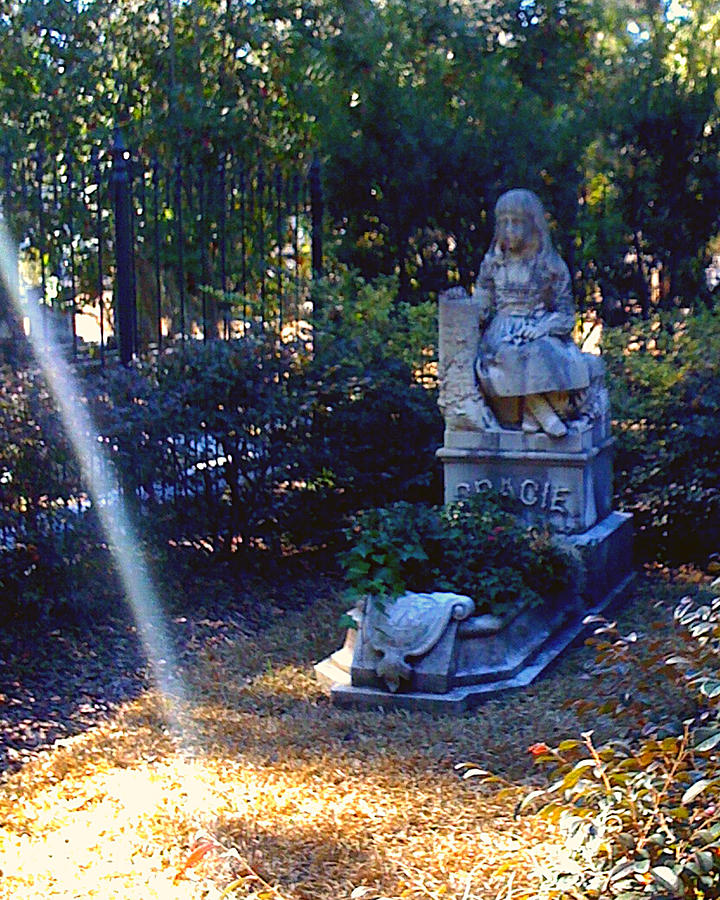 Little Miss Gracie Greeting Me With a Beam

Little Miss Gracie Greeting Me With a Beam

Born in Savannah, Georgia, in 1883, Gracie was the only child of W.J. and Frances Watson. Her father was the manager of the opulent Pulaski Hotel located at the corner of Bull and Bryant Streets in Savannah. The hotel was Gracie’s playground, and she became a darling of hotel guests and staff, often entertaining them in the lobby with songs and dances.

On April 22, 1889, just two days before Easter, Gracie passed away at the age of 6 after suffering a brief episode of pneumonia. She was interred in the Watson family plot in Bonaventure Cemetery. Her grave was initially marked by a traditional headstone. However, in 1890, her grief-stricken father commissioned sculptor, John Walz to produce a monument bearing Gracie’s likeness.