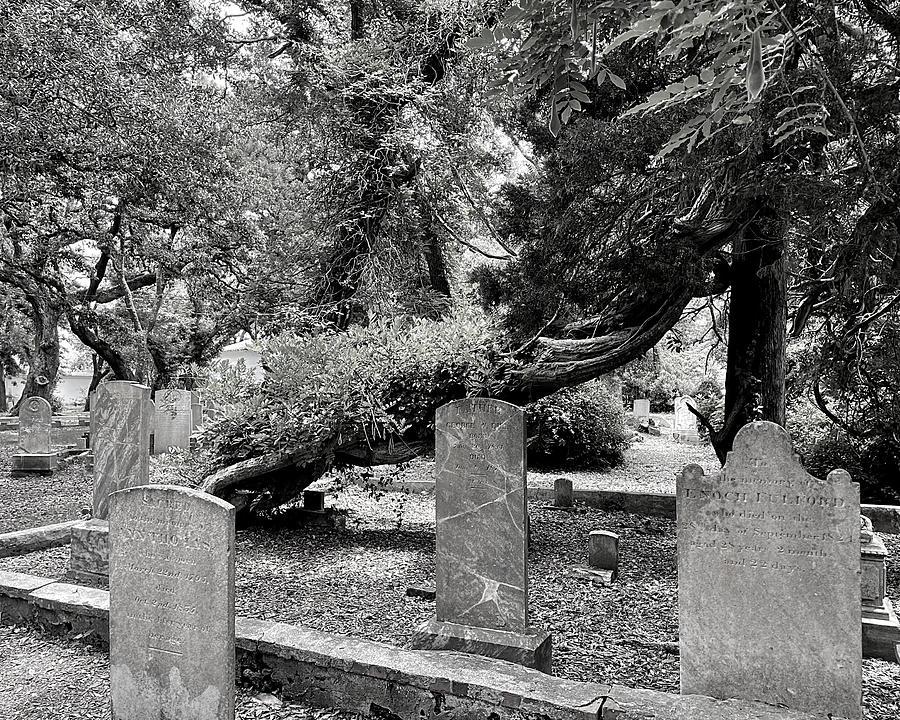 This is the Old Burying Ground in the coastal Town of Beaufort, North Carolina. It was established in 1724 although we are quite certain there are many bodies in unmarked graves there from long before that year. Among the residents buried here are a British Soldier buried in uniform standing straight up, as if saluting, facing east respectfully toward his King, a young girl buried in a rum barrel, (full at the time) in which she was preserved when she died in transit overseas, and even more individuals with stories of which films simply must be made (and my pen is writing feverishly). Now, about this photo, I'm not an arborist so what's up with the treenado?

In addition to the banner, I am adding this more permanent recognition of its FEATURE on the homepage of A TREE OR TREES IN BLACK AND WHITE. I try mightily to feature only images that would be at home in a juried competition. No doubt that this image fits that bill. CONGRATULATIONS! And consider adding your image to DISCUSSIONS "Please post your featured photograph here" for greater, long-lasting visibility.